As we are getting in today’s class what I anticipate will be a dynamic introduction to microfiction in our studio visit with Laura Gibbs (hi Laura!), I created this week’s message in a tool aimed at being creative at telling stories in five photos. Five. Random. Photos.

My message was created entirely in Five Card Flickr Stories and I copied/pasted the code to display it below. 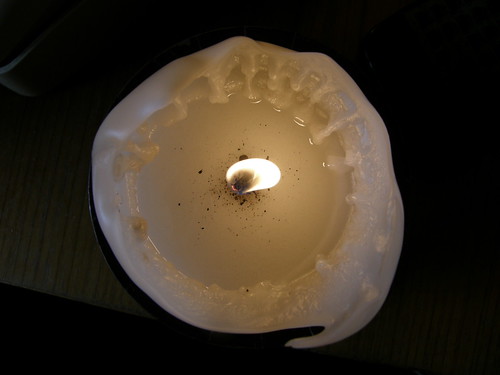 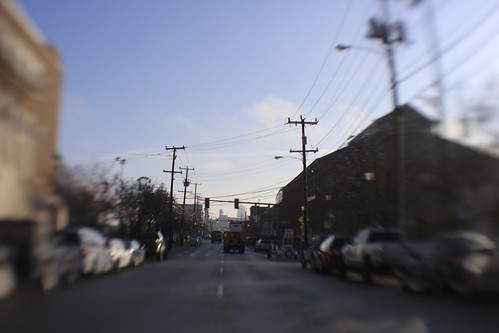 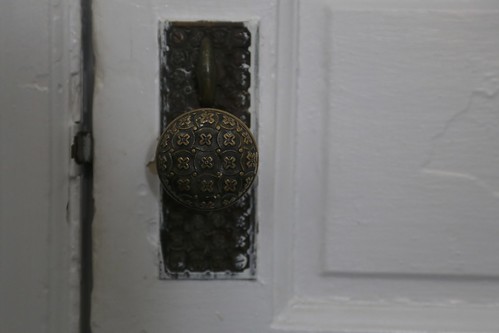 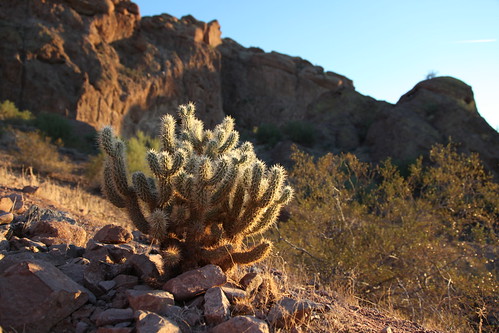 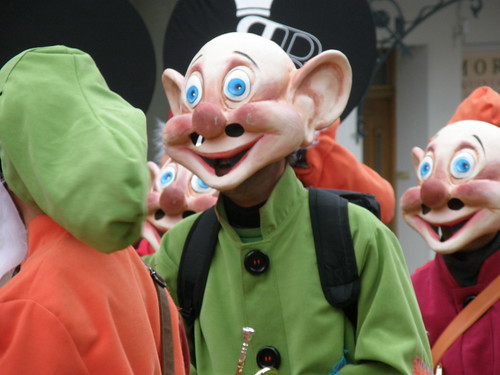 Sit with me a bit. It’s dark, but I have a candle.

This story is my weekly message to the 2021 students and participants in Networked Narratives (netmirror21.arganee.world). Each week I will provide a message in a different medium. The first week was easy, video, but I will not repeat.

I do not know if this is true for you, but the days, weeks, months back to last March are blurry in memory. The streets look familiar in form, but are they? And here we are pondering what is far down that street.

We will offer you each week here a door to walk through, as an invitation to explore our course topics through different forms of media. Whether you walk through our door, make your own, or just stand back is okay.

This week we have a wonderful guest that is going to show you a beautiful, maybe prickly world of telling stories in a compact form, or what Laura calls “microfiction” and “tiny tales.”

It’s familiar, strange, and beautiful together. Ask a cholla cactus what it news.

This may be new to you, but communicating in a limited form is a very creative process. How can you express ideas compactly? Alternatively? What do you leave for the reader to imagine, how to you leave out but make a path through a story?

You may have tried this before, like the 6 word story. Can one tell a story i six words? Look up Hemingway’s baby shoes. Or many of the forms of poetry that provide a structure to follow, from Haiku to limerick and more.

And this can be done too in photos, something that interests me as it is one of my favorite creative outlets. Long ago I came across the “Tell a Story in Five Frames” group in flickr (flickr.com/groups/visualstory) where the challenge was to tell a story with no words, just five images. This is still active.

This story here is done in a tool I built called Five Card Flickr stories. It was inspired by a conference talk in 2008 where in a talk on Digital Storytelling my colleague Ruben Puentadora described a analog card game devised by comic guru Scott Adams. This was “Five Card Nancy”.

The premise was a group table game. A number of comic strips from the old Nancy series were cut into separate panels, and all mixed into a deck. In five rounds, participants would pull 5 random panels out. The group decided one to be the first frame of a story. This was repeated five times, with the goal that the panels from different comics were remixed into a new story.

Ruben shared a web version of this in his presentation, and the interesting part was doing this as a group, and talking about the reasons for choosing the panels, and then putting together a final story based on the five cards.

The challenge really is to weave a story with the photos, not to simply describe or caption them.

I got the idea to build a new tool that would use photos from flickr (ones tagged “fivecardflickr”) with the same rules. After pulling together the 5 photos, you have the chance to write the story, and save it to the site. Over 26,000 people have done this!

And that is what I used to put together this message. It is fun, creativ, and makes even people in green coats smile.

This it is this week’s NetNarr challenge. Try Five Card Flickr Stories and try to create a story about where you are now as a student during pandemic times.

So if you are game to try this out, play a round of picking photos randomly dealt to you, and then compose your own story to go with it. Your story can be saved, linked, tweeted. Explore some of the 26,000 other ones created here or try a random one. The site even offers a way to remix a story, use the ame photos that someone else did, but write your own story.

I challenge you to tell a story of being a student in pandemic times, and try to make the images work for your story. You can even just try and let the images alone tell the story.

Include in this week’s post not only what you made, but how the experience was to create within constraints.

This too is a way into Laura’s tiny tales.

Image Credit: Pixabay image by BUMIPUTRA modified to be expanded to have 5 frames on the wall, and filled with a screenshot of my Five Card Flickr story. An early 90s builder of the web and blogging, Alan Levine barks at CogDogBlog.com on web storytelling, photography, bending WordPress, and serendipity in the infinite internet river. He has been a part of NetNarr since 2017.

[…] new story that captures your imagination!) …And also, remember to check Prof. Levine’s weekly post. This week he has invited all of you to write and share a Five Card […]

The seven dwarves and I were out in the dessert looking for Snow White, who had gone off on one of her little “adventures”. Dopey and I got a lead on Snow through social media. Seems she was driven by Pinnochio to the other side of town and taken to an old apartment building owned by “The Cricket.”
Dopey and I sent Grumpy to the door first. The place was in the wrong side of town. As if someone is going to mess with Grumpy anyway. When he turned the old door knob and pushed it open there she was. Turns out Pinnochio and The Cricket were showing Snow how when Pinnochio lies a few times and The Cricket jumps on the end of his nose while rubbing his legs together, they can light a candle. All is good in the make-believe hood.